A journey in the big apple

Manhattan (/mænˈhætən, mən-/), often referred to locally as the City, [1] is the most populated borough of New York City, its economic and administrative center, its cultural identifier,[4] and its historical birthplace.[5]

The borough is coextensive with New York County, one of the original counties of the U.S. state of New York. The borough consists mostly of Manhattan Island, bounded by the Hudson, East, and Harlem rivers; several small adjacent islands; and Marble Hill, a small neighborhood now on the U.S. mainland, physically connected to the Bronx and separated from the rest of Manhattan by the Harlem River. Manhattan Island is divided into three informally bounded components, each aligned with its long axis: Lower, Midtown, and Upper Manhattan. 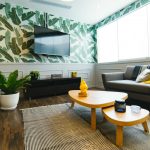 Many  conglomerates are based in Manhattan, and the borough has been the setting for numerous books, films, and television shows. Manhattan is historically documented to have been purchased by Dutch colonists from Native Americans in 1626 for 60 guilders, which equals roughly US$1050 in current terms.[19][20] Manhattan real estate has since become among the most expensive in the world, with the value of Manhattan Island, including real estate, estimated to exceed US$3 trillion in 2013;[5][21] median residential property sale prices in Manhattan approximated US$1,600 per square foot ($17,000/m2) as of 2018,[22] with Fifth Avenue in Midtown Manhattan commanding the highest retail rents in the world, at US$3,000 per square foot ($32,000/m2) in 2017.[23]

Manhattan has the third-largest population of New York City’s five boroughs, after Brooklyn and Queens, and is the smallest borough in terms of land area.[34]

The borough hosts many prominent bridges, such as the Brooklyn Bridge; skyscrapers such as the Empire State Building;[37] and parks, such as Central Park.

Chinatown incorporates the highest concentration of Chinese people in the Western Hemisphere,[38] and the Stonewall Inn in Greenwich Village, part of the Stonewall National Monument, is considered the birthplace of the modern gay rights movement.[39][40] The City of New York was founded at the southern tip of Manhattan,[5] and the borough houses New York City Hall, the seat of the city’s government.[41] Numerous colleges and universities are located in Manhattan,[42] including Columbia University, New York University, Cornell Tech, Weill Cornell Medical College, and Rockefeller University, which have been ranked among the top 40 in the world.[43][44]